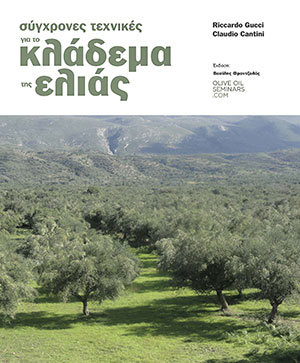 Vasilis Frantzolas, born in Athens, has a long family tradition in the wholesaling and retailing of olive oil. He studied as agronomist engineer and then completed his studies on civil engineering, M.Sc. (Athens) and construction management, M.Sc (USA). In 2009 he received a Master’s degree in Food Policy at City University London. His education and training in the sensory evaluation of olive oils began in 2003 and he has then attended various seminars in Greece and Italy concerning the sensory evaluation of olive oil.

Vasilis Frantzolas, born in Athens, represents the third generation of a family tradition in the olive oil production cycle. He started his studies as an agronomist engineer and then as a civil engineer, M.Sc. (AH.T.U, Athens),  and then in Construction Management, M.Sc (WPI, USA). He worked in the US (New Haven, CT) as a construction manager (1996-1998). He received a Master’s degree in Food Policy (Health Sciences  – City University of London). His education and training in sensory evaluation of olive oils began in 2003 and he has then attended various seminars in Greece and Italy concerning the sensory evaluation of olive oil.

In 2012 he completed a series of organoleptic seminars organized by the National Association of Italian olive oil tasting (ONAOO). He is a panel member of the certified Organoleptic panel ΜultichromLab in Athens (1st place of the 2015 AOCS’s certification program).

OliveOilSeminars.com started in 2005, offering seminars on olive oil production, in  Melissia, as well as, later,  in many olive-growing areas in Greece. Oliveoilseminars.com was founded by Vasilis Frantzola, M.Sc. Food Policy, trained Taster and Olive Oil Quality Consultant.  Seminars last 8 hours and are designed for olive growers and producers, olive oil millers, standardizes, olive oil professionals, and exporters. Up to now, more than 1,650 students have been trained as well as 110 olive oil mills, in new technologies for olive oil production and organoleptic evaluation.

Since 2017, in collaboration with the National Organization of Italian Olive Oil Tasters, (ONAOO) a 4-month training program is offered for the Certification of Olive Oil Tasters. Also, an annual Continuing Education Tasters’ Program is now available, for those who completed the certification program.

In March 2013 he overviewed and produced “Pelion Olive Farms”, organic olive oil made from “Amfissis” olives. Pelion Olive Farms won five major international awards in the first 6 months of production. In 2015 Pelion was ranked as 1st Greek olive oil (46th internationally) according to the published list of oliveoilworldranking.org. Besides teaching in various seminars he provides consulting services as an olive oil expert in companies in Greece and abroad.

Short video from intensive seminar (A and B cycle)

This website uses cookies to improve your experience while you navigate through the website. Out of these, the cookies that are categorized as necessary are stored on your browser as they are essential for the working of basic functionalities of the website. We also use third-party cookies that help us analyze and understand how you use this website. These cookies will be stored in your browser only with your consent. You also have the option to opt-out of these cookies. But opting out of some of these cookies may affect your browsing experience.
Necessary Always Enabled
Necessary cookies are absolutely essential for the website to function properly. This category only includes cookies that ensures basic functionalities and security features of the website. These cookies do not store any personal information.
Non-necessary
Any cookies that may not be particularly necessary for the website to function and is used specifically to collect user personal data via analytics, ads, other embedded contents are termed as non-necessary cookies. It is mandatory to procure user consent prior to running these cookies on your website.
SAVE & ACCEPT